NOVICE: Eva won first and second places in the Novice Mono Print section and first place in the Colour Print section (look at all that silverware!). Fergus Milne was first placed in the Projected Image section. Eva attained a total of 299 points (out of a maximum of 360) over the year, and was awarded the Novice Championship Trophy, beating into second place Lorna Morrison who achieved 243 points.

DPS President Stewart Dodd chose to award The President’s Plate to Dawn White for her outstanding contribution as a new member.

Thanks go to Stan Farrow for his hard work in judging the competition. No easy task! 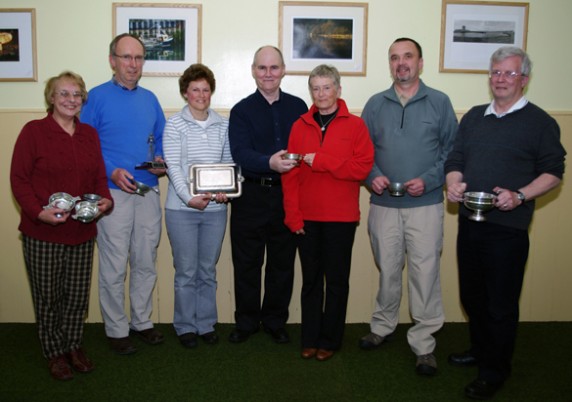